2017 was the year that Stevie Boy truly came into his own as a singles star in Insane Championship Wrestling.

Despite including a run as ICW Zero G Champion in his list of accolades, many still wrote Stevie off as just a tag team competitor.

To many, he was still best known for being one half of arguably one of the company’s greatest tag teams, The Bucky Boys. Even after the pair went their separate ways, some were still quick to write him off.

People simply thought of him as the work horse of The New Age Kliq.

This all began to change in 2017 though when Stevie took Aspen Faith and Lewis Girvan – The Kings of Catch – under his wing. Together, they would form the Filthy Generation stable alongside Kay Lee Ray. And his year was topped off in style when he bested Jimmy Havoc, Chris Renfrew and Mikey Whiplash to win the first ever King of Insanity Match at ICW Fear and Loathing 10 in the SSE Hydro.

This victory over three of the promotion’s top stars top him firmly at the top of many’s list to win the ICW Square Go in 2018 and begin his road to the ICW World Title.

Ahead of the event, Stevie spoke to our own James Murphy about how he felt going into the King of Insanity Match, and what his plans are going forward in 2018. 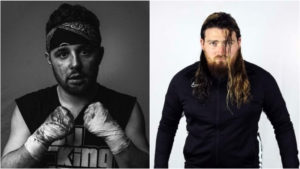 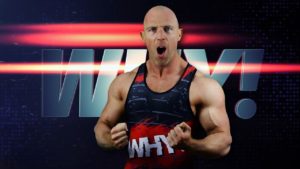 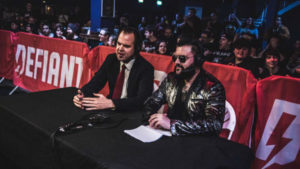