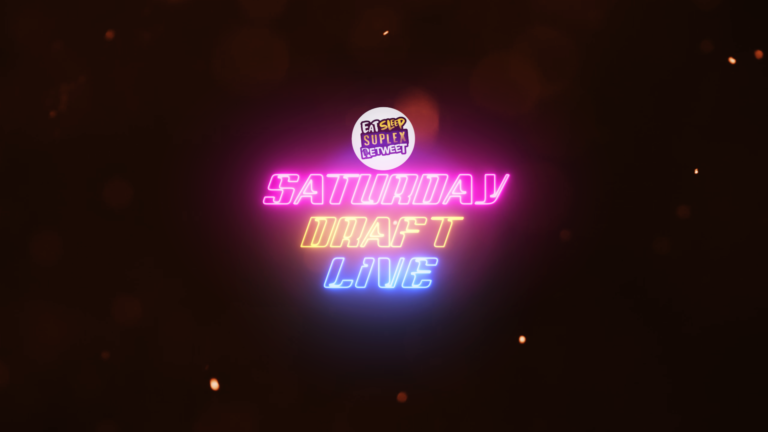 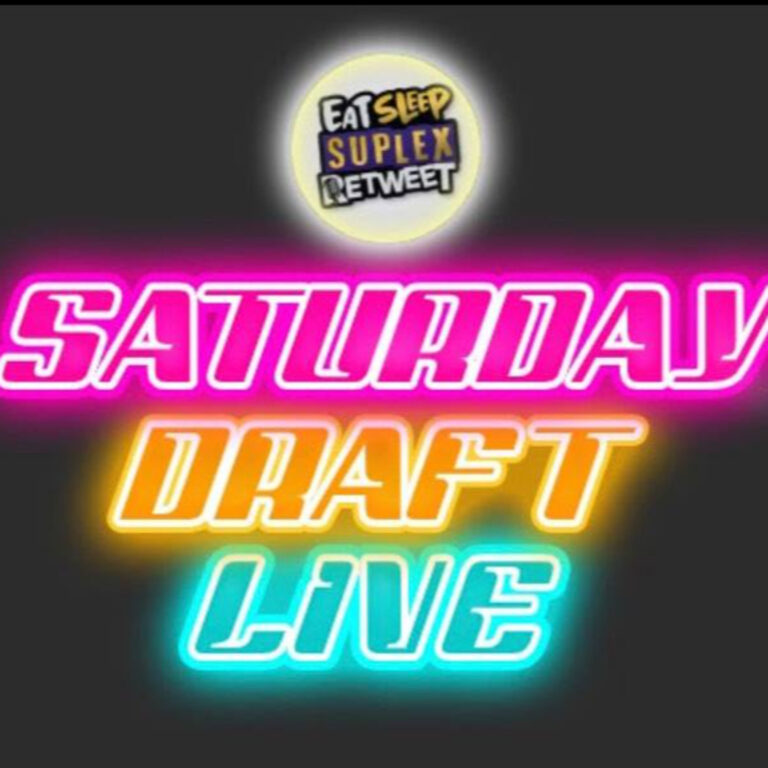 Since July 2019, Eat Sleep Suplex Retweet has established its own wrestling fantasy league. To chart out this league on a weekly basis, we estbalish the not-often live show Saturday Draft Live.

Every Saturday, David Campbell, Jack Graham and David Haughney analyse the scoring for the previous week of the draft.

Each season of the ESSR Fantasy League runs between WWE’s big four PPVs. That doesn’t just mean we pick from Vince’s squad of stars – AEW wrestlers are picked as well!

Each participant selects a 3/2 split of male and female wrestlers, plus one tag team. Points are scored based on appearances and wins on the main WWE and AEW programming, with extra points on offer for whoever everyone has selected as their captain.

Saturday Draft Live sees our hosting team break down the top three points scorers from the past week, before breaking down where our competitors are placed in the table after that week’s action.

Starting out with eight members in it’s inaugural season, the ESSR Draft has since expanded, with 10 participants as we go into Season 9.

With special guests on most weeks breaking down their teams, as well as surprise moments such as ESSR Title Cash-Ins, Saturday Draft Live really is one of this podcasts must-listen-to shows.

Subscribe to us on your podcast platform of choice