This Sunday, WWE presents the Elimination Chamber PPV, the second such event that they have held in the month of May, and the second within a fortnight. The company has a successful history staging events in May, from the days of the In Your House shows through to the current Payback format. In this article, we focus on the events that have took place since 2000, bringing you some interesting statistics into the history of May PPV’s. 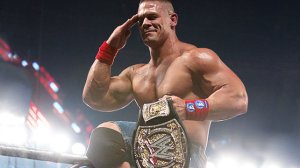 For the last decade, fans around the world have criticised John Cena of not losing frequently enough in the big matches. It is this that has led to the sarcastic nickname of Super Cena being adopted by many of his haters. Well, in the month of May, Cena may indeed be super after all. Since 2003, John Cena has won 11 of his 12 matches at the May PPVs, giving him an impressive win percentage of 91.6%. The list of victims to the man with the 5 moves of doom isn’t anything to question either, with his victories coming against the likes of JBL, Big Show, Randy Orton, Batista, Bray Wyatt and Rusev. Ironically, his one defeat came in 2012, when he lost a controversial match (controversial in part as it should never have been the main event) to John Laurinaitis, an authority figure who shouldn’t have even been in the ring with the 15 time world champ, let alone beating him. John will be looking to increase his impressive record when he takes on Kevin Owens this Sunday.

Speaking of Kevin Owens, Sunday marks his PPV debut on the roster, and he isn’t the first to do so. In 2004, the much hyped debut of Mordecai took place at Judgement Day. The religious Zealot character successfully defeated Scotty 2 Hotty in a relatively standard squash match up. Most of you are probably asking yourselves; who was Mordecai? And with good reason as his character was dropped just a couple of months later. He may be better known as Kevin Thorn. You know, that vampire guy from the WWE ECW? Yeah, he didn’t last too long either. 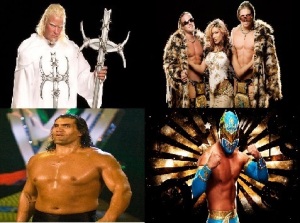 2005 marked the debut of MNM. Comprised of Johnny Nitro and Joey Mercury, with Melina by their side, MNM made an instant impact in the weeks following Wrestlemania 21, winning the WWE Tag Titles on their debut match on Smackdown. Judgement Day 2005 saw both their PPV start up and first title defence against the experience team (by experienced I mean by themselves and not together; I doubt they had ever teamed before this) of Hardcore Holly and Charlie Haas, successfully defending their gold. Mercury and Nitro would go on to dominate the division for a year, becoming 3 time champions, before parting ways exactly a year after their PPV debut. Nitro would go on to form a successful mid card career as John Morrison, whilst Mercury can now be seen regularly on WWE TV as one of the highlights of the Authority stable along with Jamie Noble as J&J Security, along with his role backstage with the company.

The WWE roster seemed to be in trouble when the Great Khali burst on the scene in 2006. Standing over 7 feet tall and with hands that could crush a water melon, Khali made an instant impact, targeting the phenom, The Undertaker. At Judgement Day 2006, he did what no other had done, defeating Taker in a one-sided contest in his first PPV outing. This would arguably be his WWE high point. Khali became well known to the audience as a man with little wrestling skill and horrendous mobility due to his bad knees. Still, he does have the one world title reign to his name, which isn’t bad considering how little ability he had. Still, nothing would compare to that first night where he dominated the phenom. He would retire from the company just last year.

More recently, Over The Limit (the replacement for Judgement Day) brought us the first major outing for Sin Cara in 2011. For years, Sin Cara was classed amongst the world’s best whilst wrestling in Mexico as Mistico, before becoming HHH’s first project in charge of talent relations. However, his first month in the company was filled with botches and errors. WWE had to give him a comfortable opponent for his PPV debut. They choose Chavo Guerrero. The match failed to set the world ablaze on a rare poor May PPV. Cara continued to botch and get injured, and went completely down in the company’s order of merit. Recently, with a new man behind the mask (Hunico, who is much better with the US style of wrestling), he has finally found his feet as part of the Lucha Dragons with Kalisto. They will be taking part in the first Tag Team Elimination Chamber on Sunday. 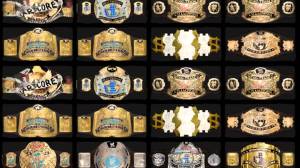 Championship matches in wrestling should favor the champion on paper. The challenger can only win by pin or submission, whilst the champ can also afford to get DQ’d or counted out. However, history shows that this is often not the case, with challengers often over coming the odds. May does not follow this trend. Since 2000, titles have been defended 66 times on a Sunday in the years 5th month, with 49 successful defences. This gives a 74.2% success rate for champions, meaning that there is only a quarter of a chance that a challenger will achieve the dream of being a champion.

Not just a normal match 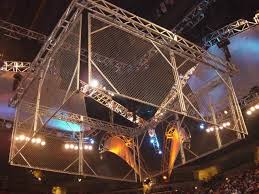 The best feuds shouldn’t end with a standard 1 on 1 match up. There needs to be something a bit extra added to spice things up. There needs to be a speciality match, from a Steel Cage to a Last man standing match. Coming a month or so after Wrestlemania, you expect most feuds to end in May, and this is fueled by their match stipulations. In the last 15 years, only 2 of those have seen an event in May full of standard match ups (2004 and 2009). Every other year has seen at last one special match. Classics include Rock and HHH in a 60 minute Iron Man match in 2000, HHH and Chris Jericho battling in Hell in a Cell in 2002, Booker T and Lashley fought to become King of the Ring, and Evolution and The Shield went to war in a no holds barred elimination 6 man tag. Some interesting facts include The I Quit match being Mays most popular match. It has featured 4 times, and all of which have had John Cena in them. On a sadder note, the 2007 speciality match featured MVP vs Chris Benoit in a 2 out of 3 falls match, Benoit’s last on PPV before his tragic death.